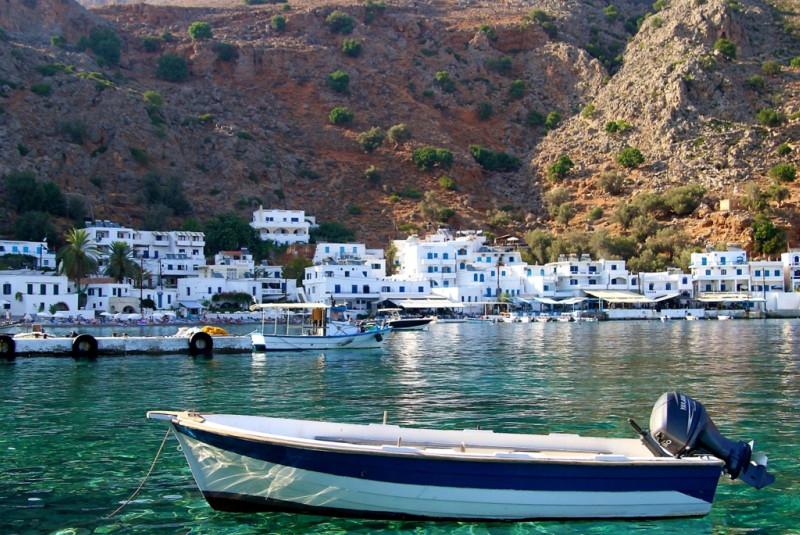 Loutro is a small seaside village is located at the end of Cape Mouri. It is believed that this was the site of the ancient city of Phoenix and was the ancient port of Anopolis.

Later, it became a winter port for Chora Sfakion, due to the fact that the enclosed bay and the small island at its entrance create a natural harbor where ships can be safe even in very bad weather.